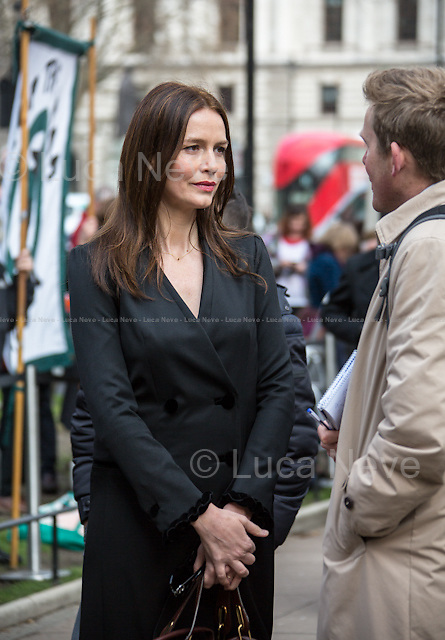 London, 27/03/2014. Funeral of Tony Benn, former Labour cabinet minister, Socialist and leading left-wing and anti-war campaigner, passed away at home the 14 March 2013 aged 88. The funeral cortege started from the Houses of Parliament and ended at St Margaret's, Westminster, the parish church of the Establishment alongside the great Abbey where a peaceful crowd and the 750 mourners were waiting for the last farewell to the beloved leader.
IMG_1541.jpg
Copyright © Luca Neve 27/03/2014All rights reserved. Moral rights asserted.